This post is about my experimentation with root grafting of figs, mulberries, and apricots. In late February and early May of 2022 I had to root prune a number of my trees that were being migrated to a new orchard.  As a result, I had many root cuttings that were pretty healthy and I decided to experiment with using them as rootstocks.  I grafted the scions of figs, mulberries and apricots onto the corresponding root pieces.  Bellow are the pictures with the pieces of wood, roots, and the resulting plants.

Only two grafts were made, they both produced plants, and were planted in the new orchard just over 2 months after grafting. 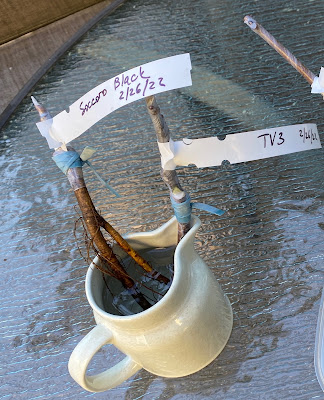 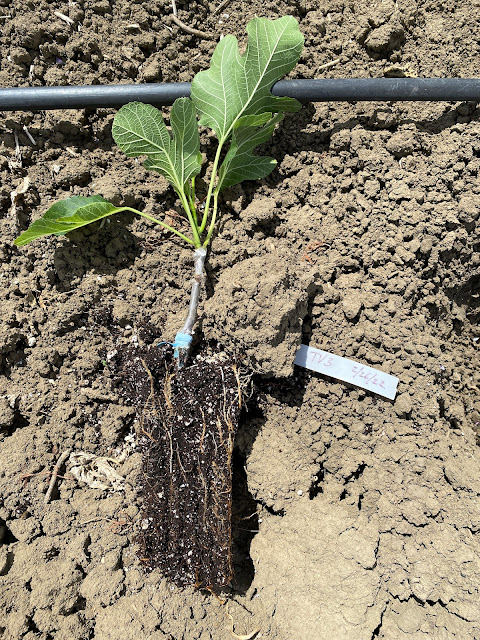 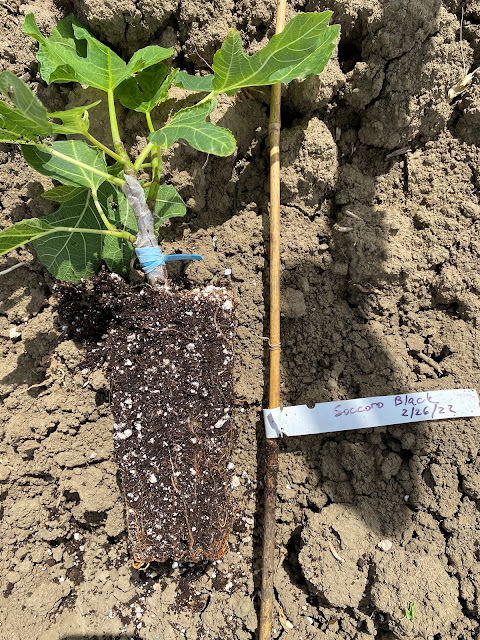 The mulberries were grafted onto pieces of roots from a mature seedling mulberry. The following number of mulberries were grafted/ made to plants:
Buluklu 4/ 3
Easter Egg 1/ 0
Galicia 2/ 0
Isfahan 1/ 1
Tabriz 4/ 4
Taiwanese 2/ 2
Out of 14 root-grafted cuttings, I got 10 plants that were ready to be field-planted in 2 months.
Below are the pictures of the roots, scions, and the freshly grafted material. 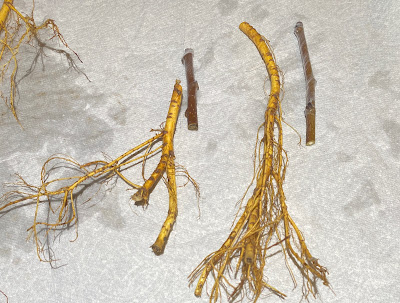 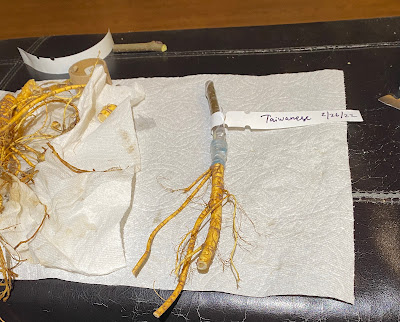 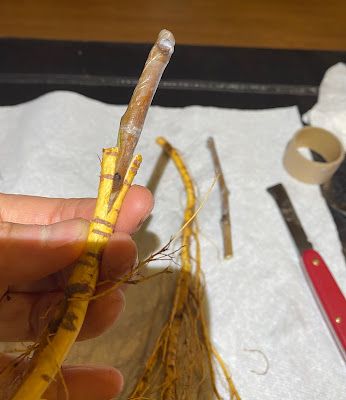 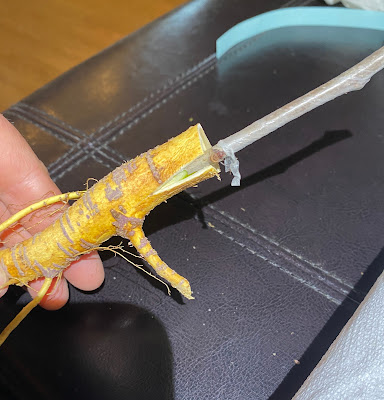 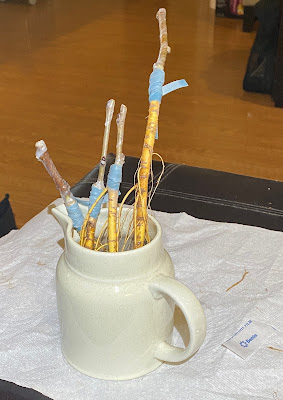 It seems that the cleft grafts worked better than bark grafts, but the numbers are too low for any particular cultivar to make any conclusions on the best type of graft to use for the root grafting.
The pictures below are from the field planting of Tabriz and Taiwanese plants.  Grafted on February 26 and planted on May 6, 2022.
Tabriz 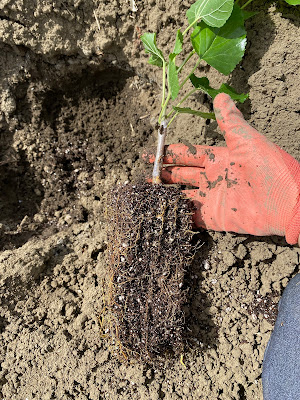 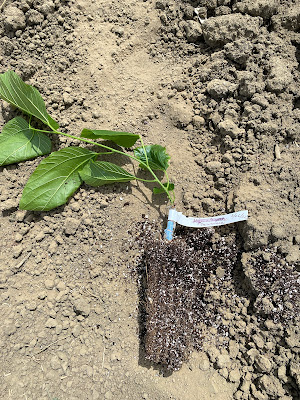 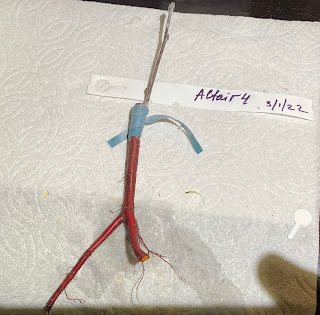 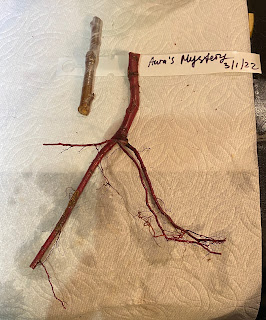 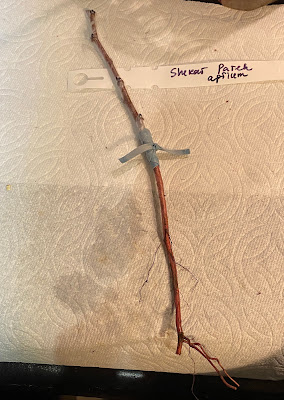 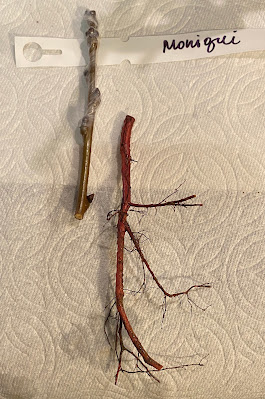 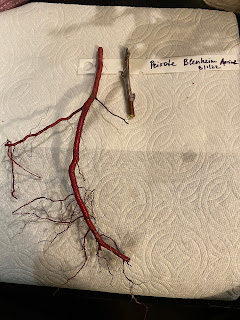 And below are the combinations that failed. 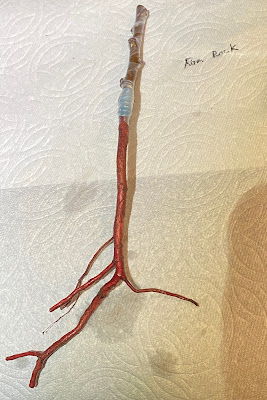 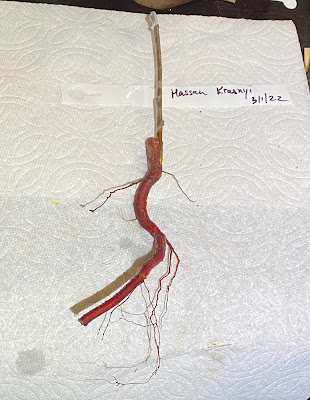 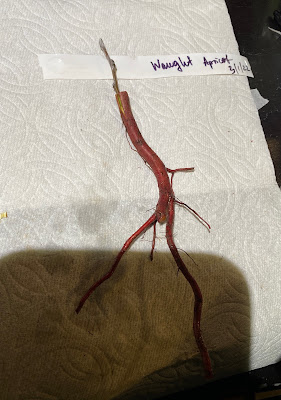 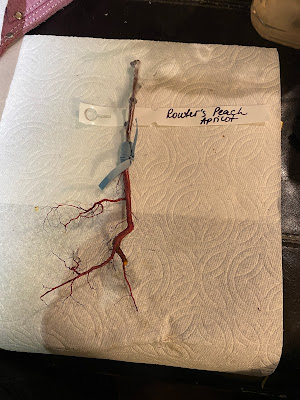 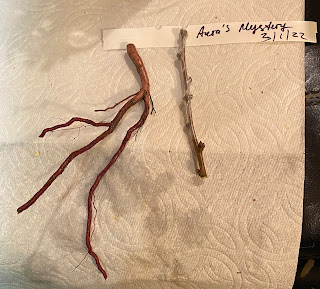 From the above pictures, I do not see any correlations between the root piece size, amount of feeder roots, etc and the fate of the graft.  The failures are most likely due to inefficient connections between the stem and root cambial layers.
Below are a couple of successful plants that were field planted on May 13, 2022. 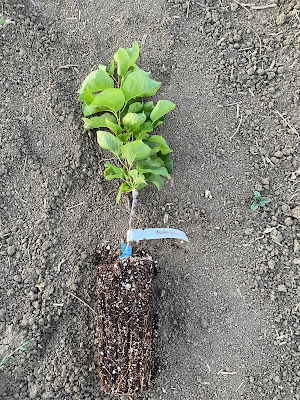 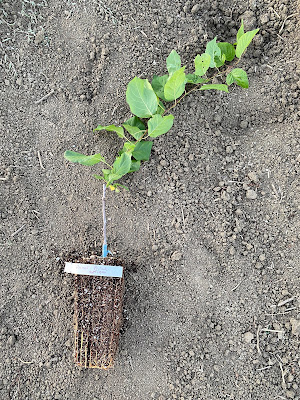 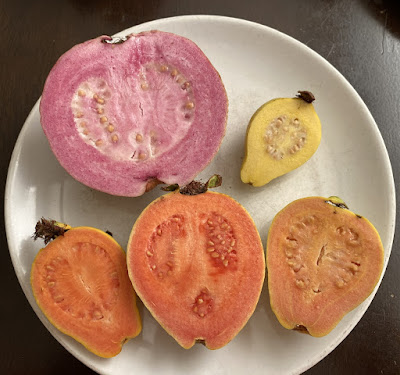