Here are the results of my attempts to graft various cherry varieties onto the Shiro branches of my combination plum.


In February of 2015 I made 2 grafts of Bing and 2 grafts of Rainier onto Shiro plum.  They both took initially, but one graft of each  variety dried up by the end of the summer.  Two other grafts survived through the winter and even bloomed in spring of 2016.  None made fruits, and they both dried up by July 2016.  These grafts had only developed leaves and flowers from their buds. No new shoots have ever emerged from them.

In January 2016 Andy Mariani recommended to use Adara as interstem for grafting cherry scions onto plum trees.  He also suggested to get both grafts going in the same year. The cherry chip-buds can be grafted onto Adara scions before attaching them onto plum.  This was exactly what I did in January 2016.  Two chip buds each of the following cherry varieties were attached onto Adara scions: 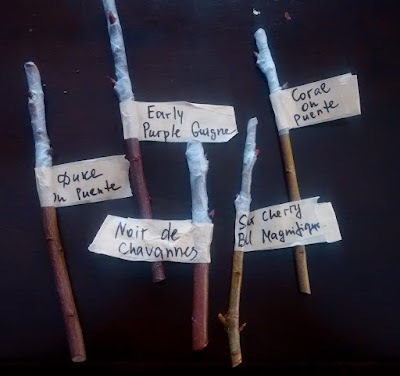 Then Adara scions were bark grafted onto Shiro. I used nail gun to attach the scions initially, and then also fixed them onto the branches with grafting tape. 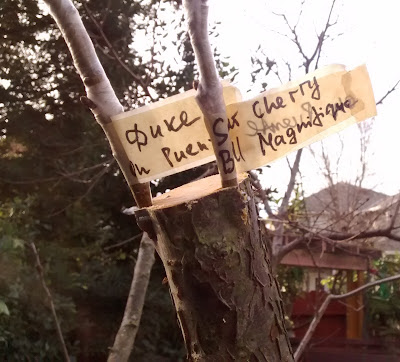 And finally I covered the cuts and the exposed areas of scions with the grafting compound. 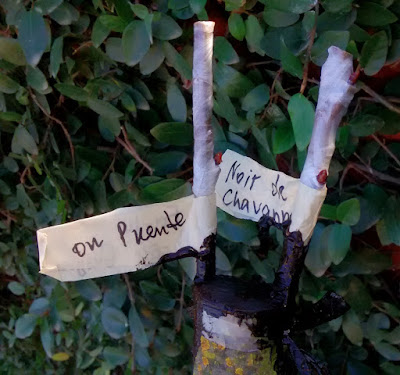 All of the above pictures were taken on January 24, 2016.
Four out of five grafts took (the failed one was Early Purple Guigne), and they all grew up significantly. The developed shoots were between 2 and 4-foot long in July, and some of them needed pruning.
Bellow are the pictures of four successful grafts, taken on July 7, 2016.
Duke and sour cherry Bell Magnifique 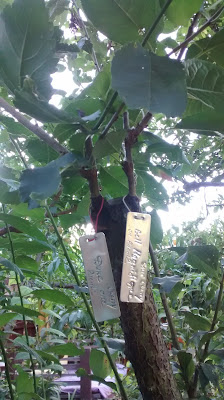 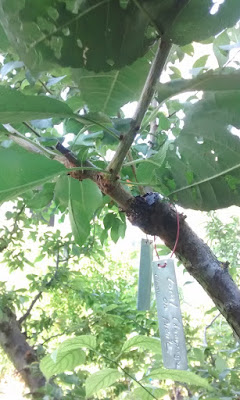 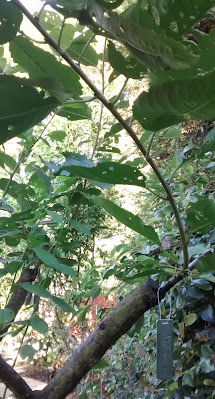 I was surprised that the sour cherry graft took, but more time is needed to tell how successful sour cherry will be on this plum.  I could not find any info on Adara used as rootstock for sour cherries. Just one doc on-line states its broad compatibility with cherries.