This cultivar was registered by Nino Cupaiuolo with the California Rare Fruit Growers in 1997.  Fortuna is not distributed widely, as it did not make it to any of the large commercial nurseries. La Verne propagates many other cherimoya cultivars, but not Fortuna.  Five years ago I was gifted a small grafted tree by a friend in Southern California.  The tree made it through couple of first harsh winters we had in Davis, and finally started to produce.  I do not expect to get a lot of fruits, as the tree is growing in a very densely planted bed along with a few other trees. Like many home gardeners I grow too many trees in too little space.  Never the less, today I harvested a very nice sweet fruit.  I believe this cultivar deserves a better distribution.  An important attribute of this cultivar is its early fruiting time, that should allow to harvest the fruits before the frosts. We occasionally have them in the Sacramento Valley. 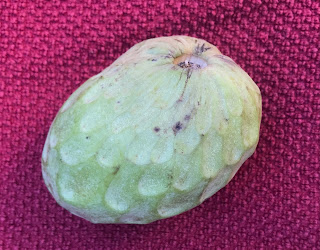 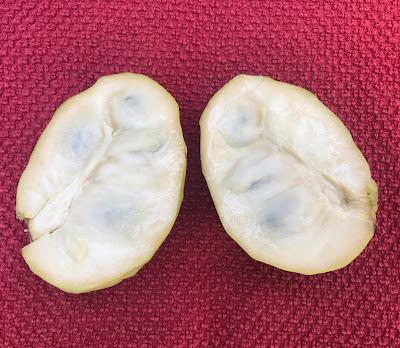 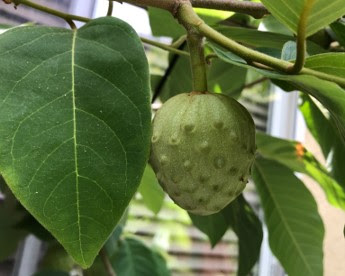 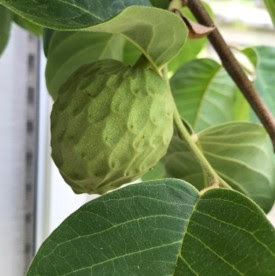 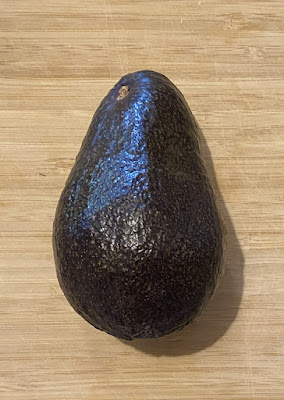